A nice calm and bright morning. Haroldswick was still playing host to the Slavonian Grebe, a drake Gadwall that was first seen by Robbie yesterday and the Moorhen. There were 4 Whooper Swans on Easter Loch and the 6 Mute Swans were offshore. The wintering 2cy Little Gull was present around the salmon cages off Uyeasound. The walk out to Heogland was enlivened by 2 Purple Sandpipers and an Oystercatcher on the beach and there were 4 Common Scoter among the Long-tailed Ducks and Eider offshore and 2 2cy Iceland Gulls alongside the loch. The drive home produced the surprise of the day as there was a drake Goosander on the partially frozen roadside loch just south of Watlee. 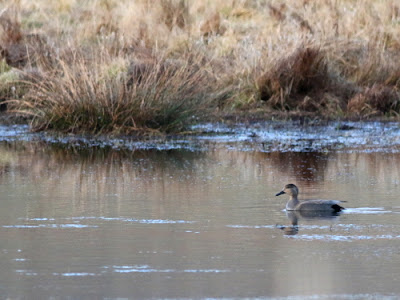 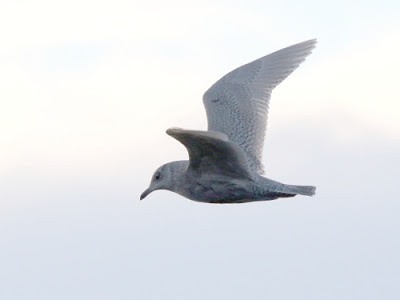 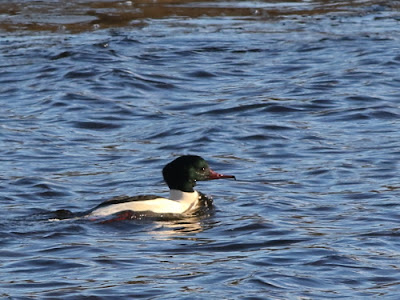