Skaw produced the Eider, 3 Long-tailed Ducks, a Glaucous Gull, 25 Fieldfares, 15 Redwings, a Black Redstart, a Common Chiffchaff and a Common Redpoll. I saw a Sparrowhawk and a Blue Tit on my return along Holsens road. NorthDale held 10 Redwings and there was a Merlin at Ungirsta mires and a male Peregrine chasing Ravens at the Shore Station. The Grey Plover had been joined by a Dunlin on Haroldswick beach. In already fading light in overcast and misty conditions I found an interesting bedraggled Phyllosc in Norwick. Although it was resolutely silent the combination of its apricot-buff undertail-coverts, broad supercilium and bill shape - seen in that order - convinced me it was a Radde's Warbler despite the late date. I managed a few images but bear in mind they were all obtained at the highest ISO. Hopefully it will still be present in the morning... 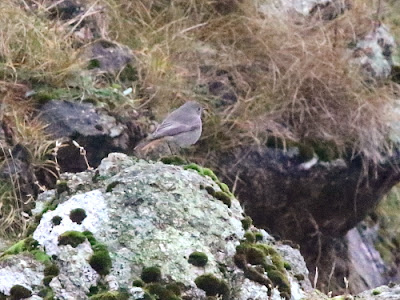 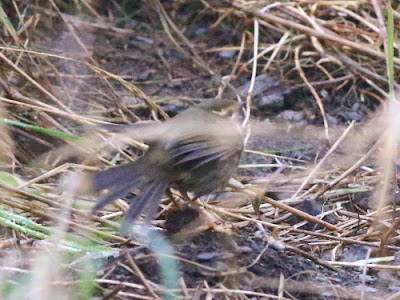 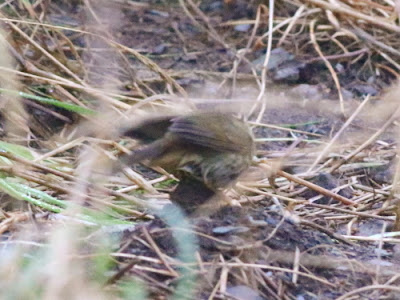 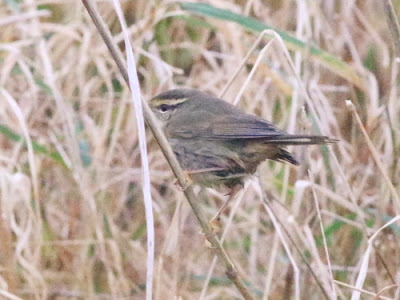 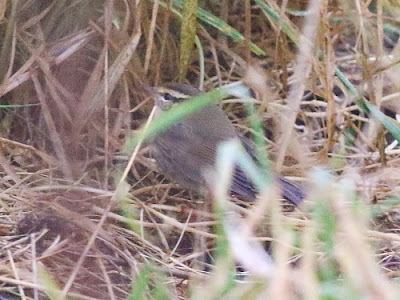 Its broad supercilium enhanced by its broad dark eye-stripe. 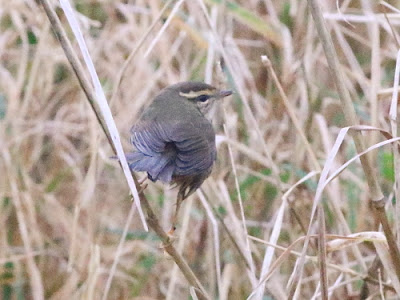 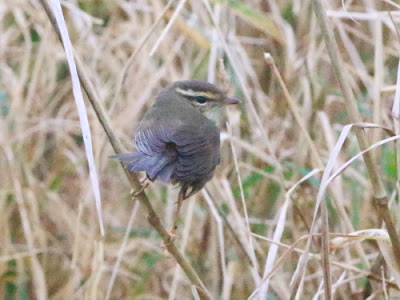 Appearing large-eyed and its bill appeared both short and thick 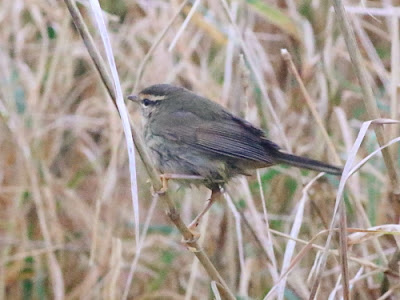 Its supercilium appearing most colourful just above its eye whitening at its rear. 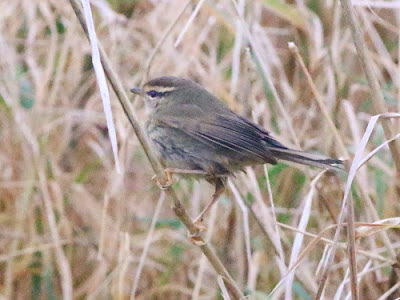 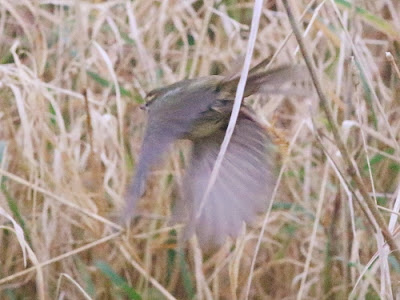