After a fine aurora, clear skies overnight and a southeasterly airflow crossing the North Sea a few more migrants arrived despite the subzero temperatures at dawn. 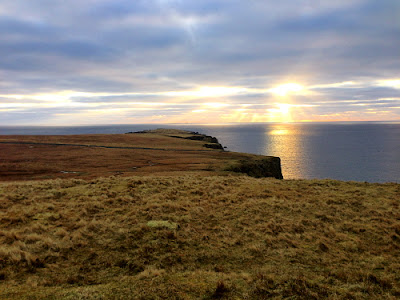 A beautiful start to the day at Lamba Ness 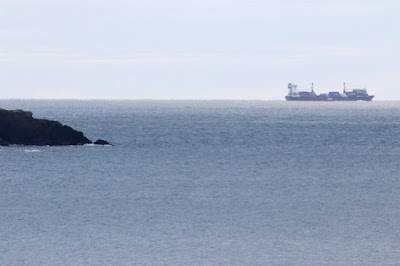 Freighter passing Lamba Ness
It's fast approaching that time in Spring when you wonder where such ships have originated and whether there are any transatlantic passengers about to fly ashore...! 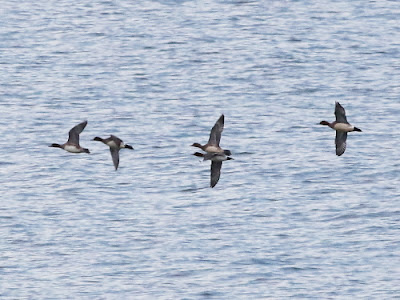 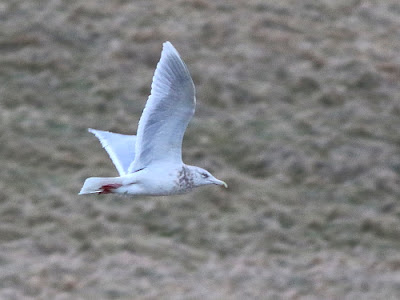 Adult Glaucous Gull at Skaw
Clearly having some difficulty flying due to its damaged left wing. 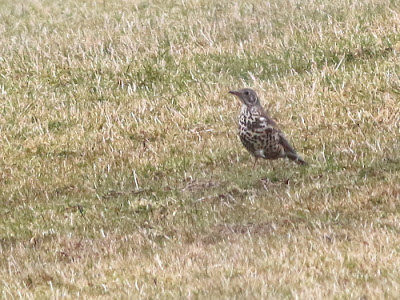 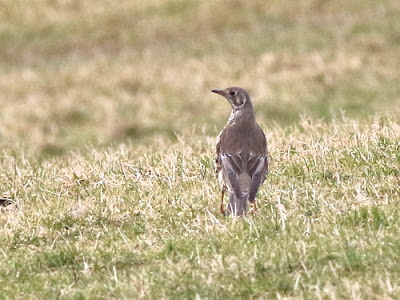 Mistle Thrush along Holsens road
The first that we've seen this year. 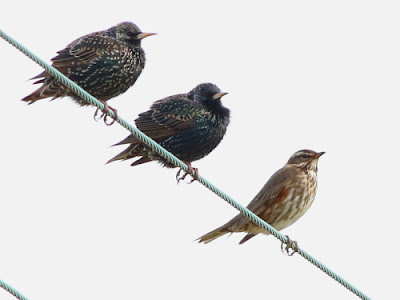 Starlings and Redwing at Norwick 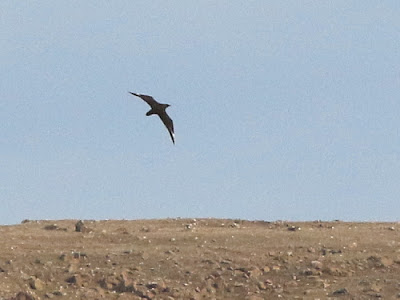 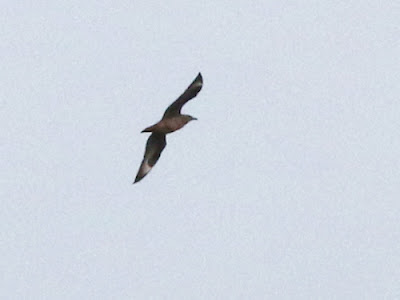 Bonxie over Haroldswick
The first that we've seen this year. Ignoring the one seen in January last year it is our earliest March date for the species since living here. 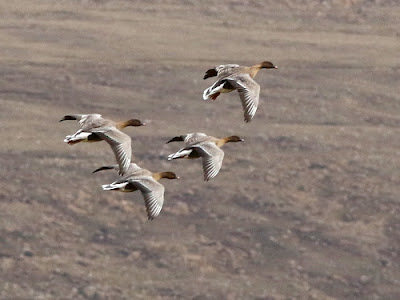