Despite missing a leg, a colour-ringed Sanderling present on Norwick beach appeared to be from Jeroen Reneerkens colour-ringing scheme. 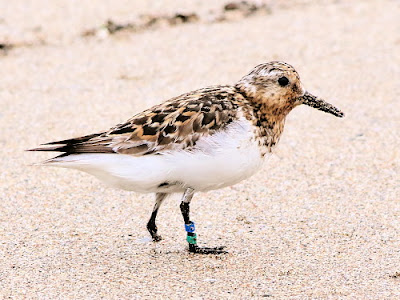 Sanderling at Norwick
Jeroen very kindly replied 'Thank you for your e-mail with a report of a Sanderling with rings. It is one ringed as part of my scheme, indeed. Thank you very much for reporting. I hope that a next colour-ringed Sanderling you observe is in a better shape! So sad to see it missing a leg, but this is unfortunately not extremely rare (and often caused by a clam they step into, but it could also be because of an old nylon fishing net laying on the beach). Because I can read 3 digits (619) on the metal ring on your photo, and because of the two remaining colour-rings I could trace it down. Its life history is as follows: 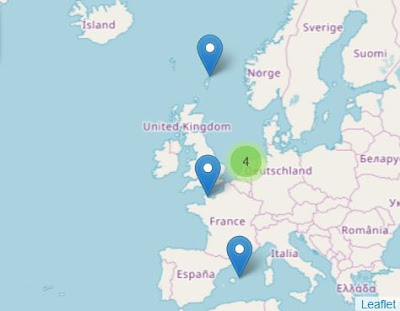 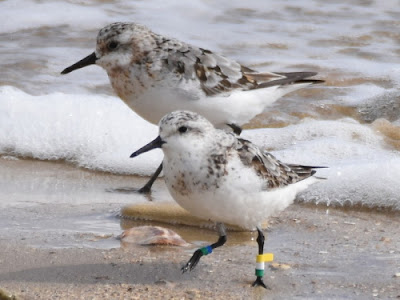 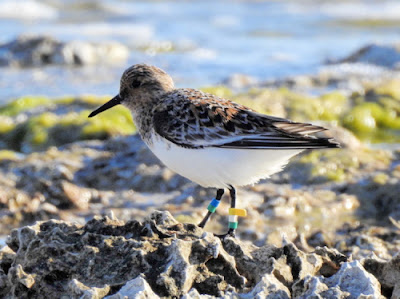