Early morning mist and rain cleared leaving overcast conditions with several showers. A look at Haroldswick proved rewarding with a small flock of Golden Plover and several small flocks of Lapwings seen arriving, plenty of Meadow Pipits moving over and a Wood Warbler being present in Al's sycamore there - it played host to one last Autumn too. Norwick produced my first Common Rosefinch of the Autumn and a juvenile Common Cuckoo. An afternoon seawatch with Brydon resulted in views of 2 Sooty Shearwaters and two intrepid pelagic Unst birders aboard the Swan! North Ronaldsay did rather better scoring a Fea's Petrel! 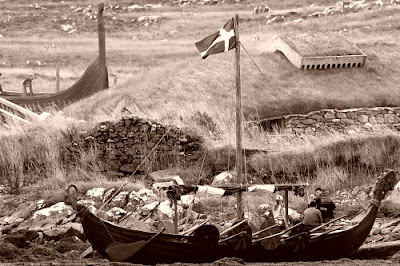 Vikings at Haroldswick this morning 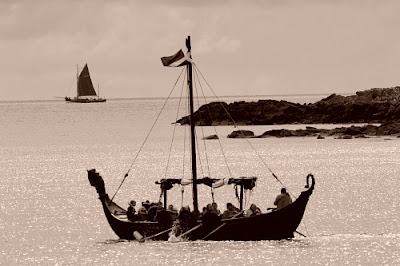 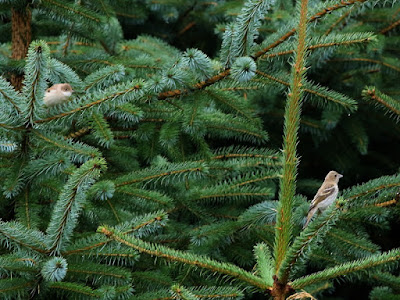 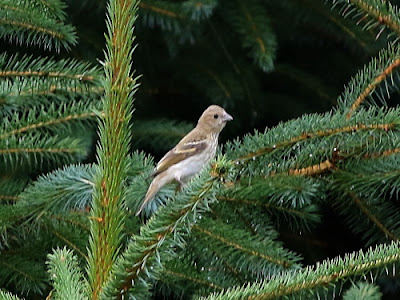 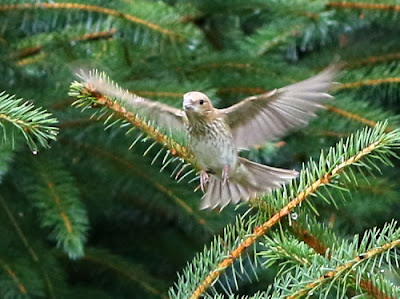 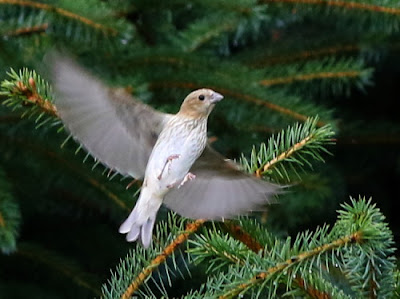 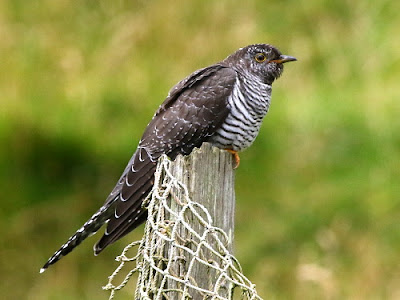 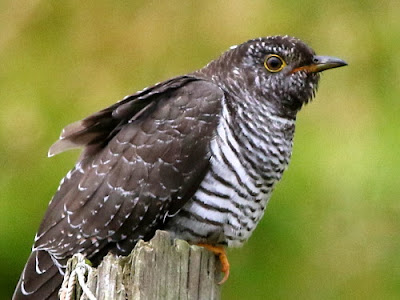 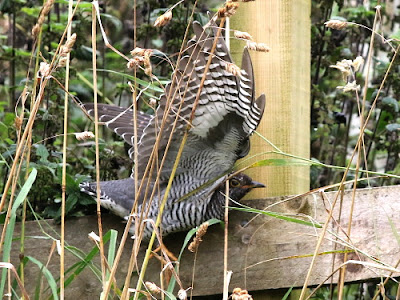 Juvenile Common Cuckoo at Norwick
Posted by Hegura at 12:37