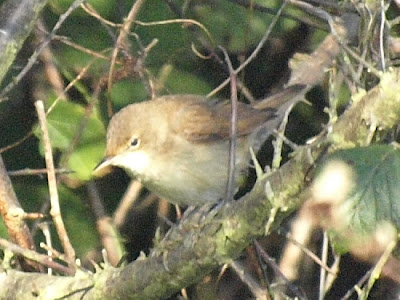 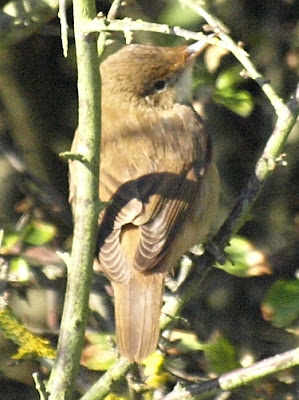 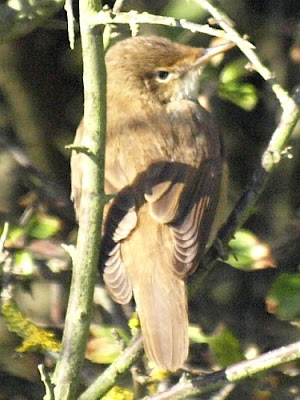 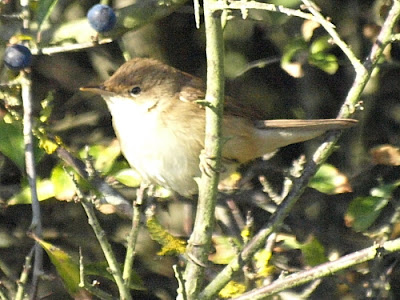 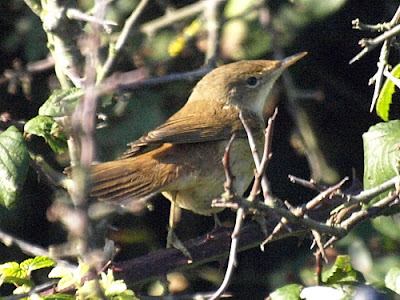 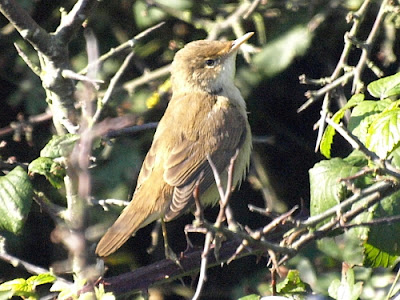 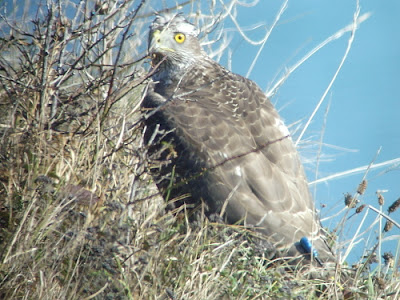 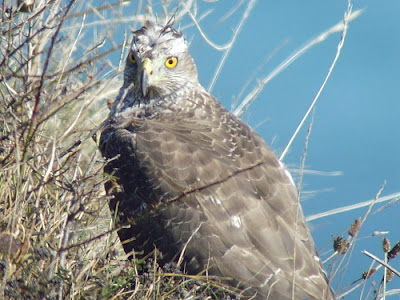 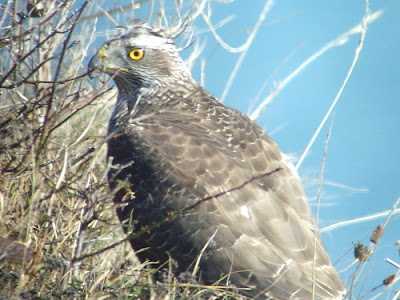 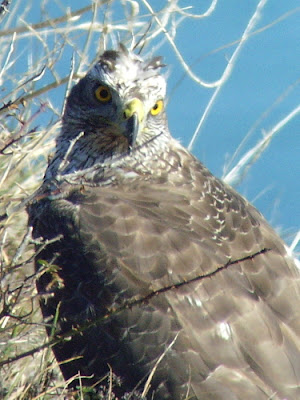 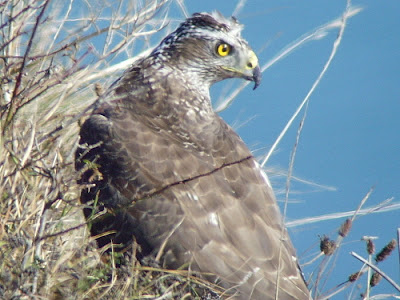 First-adult Goshawk on the cliff edge in Cow Gap
Its odd appearance is primarily a result of the disruption to its crown feathers - birders who had seen it prior to ourselves had seen it being attacked by Crows. It also appeared very large-billed even by Goshawk standards and it does appear slightly deformed along the base of its culmen. That aside, it appears a first-adult Goshawk and subsequently we met its owner who confirmed its identity! It had been 'on the loose' for four days, and at the time we left Whitbread Hollow, it had evaded capture... 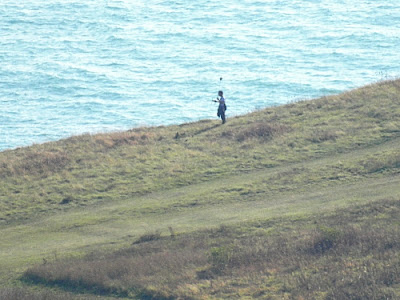 Falconer trying to recaputure his Goshawk armed with what appeared to be a chicken on a string!
Posted by Hegura at 11:42